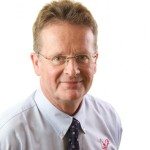 Poultry farmers should work closely with their hatcheries to optimise bird health and reduce antibiotic usage, according to Richard Turner at St David’s Poultry Practice.

Speaking ahead of the firm’s annual poultry conference, Mr Turner said the industry was under intense pressure to reduce antibiotic usage while still producing high welfare chicken at bargain basement prices. “While this is an enormous challenge, we can learn a lot from experts around the world and from farmers who are putting antibiotic reduction into practice elsewhere.”

In the past, a lot of broilers were treated as chicks for at least three days with an antibiotic, lowering both first week mortality and later mortality, as well as reject numbers. However, over the past 12 months the industry had seen the voluntary removal of a wide range of very useful medicinal products, and in response to commercial and consumer pressure, there were now many chicks placed which were not treated in the first week.

“Although it seems sensible to reduce antibiotic usage where possible, we also know that the result will be higher mortality, worse welfare and higher levels of disease,” said Mr Turner. So what could farmers do to counter this?

Professor Stephen Collett from the University of Georgia, US, founded the Seed, Weed and Feed principle to reduce antibiotic use in poultry, and St David’s has worked closely with him to put it into practice on farms across the UK. The aim is to boost the birds’ gut health with beneficial bacteria and inhibit bad bacteria, optimising feed efficiencies and reducing the need for routine antibiotic treatments.

“Hatcheries have worked hard to control bacterial levels, but a 17-day old embryo still within the egg will have a developing bacterial population in its intestine,” explained Mr Turner. “It’s not yet clear if this is passed down from the mother hen or from her environment, but since the first bacteria within the chick originate from the parent, steps to control gut health should start at the parent flock level.”

In the artificially clean hatchery environment, even low doses of beneficial bacteria could significantly improve resistance to pathogen colonisation, he added. However, it was also useful to feed probiotics to the chicks on arrival at the rearing farm. “In addition, producers should add Intestiflora – a mix of short chain fatty acids, prebiotics and oligosaccharides – to the water for the first seven days to aid in the gut development.”

If no preventative antibiotics were to be used, it was important to rapidly and humanely cull any diseased chicks that arrived on the farm, warned Mr Turner. “The aim is to support the healthy birds’ immune systems so that their chance of developing infection is reduced.”

Early first week mortality and culls would be higher, but it should pay off with reduced deaths and illness later on. “In the longer term, creating an environment of healthy bacteria on the farm will roll on to subsequent flocks, producing a cumulative benefit for bird health and productivity alike.”

St David’s Poultry Team Ltd is one of the UK’s largest poultry practices, run by a team of dedicated poultry vets and staff to offer the highest standard of poultry care throughout the industry.

The aim of our business is to provide a complete veterinary service with a “hands on” approach to meet all the requirements of today’s modern farming practices.

Our specialised team of veterinary surgeons are led by Directors Richard Turner, Alan Beynon and Richard Jackson in Exeter alongside Ben Crisp, with Margaret Hardy, Greg Koulianos and Carlos Bilello in Northern Ireland; Conor Sheehy and Rebecca McAllister in Limerick; Barry Thorp and Jan Dixon in Scotland; Suzy Ackerley in Shropshire; Kenny Nutting in Salisbury; Helen Errington in Cumbria and Catriona Gaudie in Northallerton, Yorkshire. The veterinary team are supported by our Field Service staff, Office team and Dispensary staff.

We are happy to help with any enquiries from the media. For more information please contact Olivia Cooper on 01392 840009 or email [email protected].

Where there’s muck, there’s money – and a lot of it