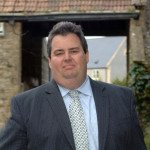 The Pound has weakened by almost 14% against the Euro over the past four months, offering a glimmer of hope to farmers under pressure from low produce sale prices.

Although grain, milk and meat values are all tracking well below last year’s levels, the weakening Pound could be providing some respite, according to Mike Butler, senior director at Old Mill Accountants and Financial Planners. “In simple terms, if the Pound is 14% weaker that should make our exports to the Eurozone 14% more competitive. At the same time it must be remembered that it is also makes all imported commodities, including energy, 14% more costly.”

The same is true for international trade, with the Pound now about 7% weaker against the US Dollar than in December. Of course, in a global market driven by supply and demand, the impact is rarely that clear-cut, but at a time of falling international commodity prices the weaker currency should at least have protected against some of that decline.

“I would hope that no wholesalers or traders are profiting by holding back some of the potentially lower export prices from the weaker Pound,” says Mr Butler. “With milk and pig prices as low as they are, a 14% increase is the difference between profit and loss for a lot of primary producers. There is no question that imported milk has been coming in from the Continent, but that should have become less competitive. And most of our cull sows go to Germany so we’d expect export prices to start picking up.”

Of course, for those seeking to import products – whether that is new equipment or inputs like fertiliser – the weaker Pound will be less welcome, he adds. “When converted into Sterling terms, those products will become more expensive.”

But there is another important impact of the weaker Pound – it has a direct impact on the value of farmers’ Basic Payments, which are converted from Euros to Sterling on 1 September each year. “In 2015 the conversion rate was €1.37 – now it would be around €1.23. Across a 300ha farm that would be worth around an extra £4,000 assuming our relationship with the EU remains constant,” says Mr Butler.

In the past decade farmers have had a mixed experience of the varying ways in which they can lock into current exchange rates. Although they may take the view that the Pound could weaken further ahead of the June referendum on membership of the EU nobody knows for sure what will happen either before or after the vote.

“In a time of tremendous uncertainty, both in economic and commodity market terms, locking into some sort of security could be worth considering,” adds Mr Butler. “However, it should only be considered after taking professional advice on your personal situation and your attitude to financial risk.”

Old Mill accountants and financial planners employ 250 staff in four West Country offices. The Rural Services teams are headed by Andrew Vickery, with offices in Yeovil, Wells, Exeter and Melksham. Looking after over 1,200 farmers they are one of the leading specialist farm accountants, and are happy to help with any financial and tax-related enquiries from the media.