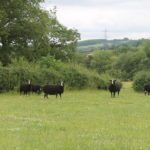 Landowners who let land on a grazing agreement must play an active role if they are to secure valuable tax reliefs, following the ruling of a Tax Tribunal in Northern Ireland.

Although case law has long indicated that landowners must physically manage the land to qualify for business tax relief, there is now a clear First Tier Tribunal decision on Capital Gains Tax. “This new decision adds further weight and clarification to the previous case law,” says Jeremy Moody, Secretary and Adviser at the Central Association of Agricultural Valuers (CAAV). “Although the case revolves around a conacre (seasonal grazing) agreement in Northern Ireland, the ruling is extremely pertinent to landowners with grazing or cropping agreements across the UK.”

Central to the Tribunal’s decision in Allen v HMRC were the actions of the landowner and the grazier, not just the terms of the agreement. In this case, the landowner, John Allen, let 10 acres of pasture to a neighbour for seasonal grazing and silage from March to November. However, he also used the land as lairage for animals sold in the market year-round and grazed it over the winter. Importantly, Mr Allen also supplied fertiliser for the tenant to apply when needed, and engaged a contractor to cut the weeds and hedges.

“HMRC asserted that the grazier had sole occupation of the land, saying that if the grazier was in occupation the owner could not be,” says Mr Moody. “However, the Tribunal rejected that on the evidence before it. This case turned on its own facts: Had Mr Allen not shown that he both occupied and undertook responsibility for husbandry of the land he would not have won this relief.”

Although the case related to Business Asset Taper Relief from Capital Gains Tax (CGT) – which was abolished in 2008 – the decision is relevant to current business reliefs from CGT such as Entrepreneurs’ Relief and Rollover Relief.

It is therefore relevant to any landowner with land let on a grazing or cropping agreement. “Those who wish to be treated as farmers for tax purposes must meet the legal tests for that status,” says Mr Moody. “It is not the label on the agreement that matters but the actual terms agreed and what is done.”

In addition, the Tribunal rejected the claim that the activity was an investment. “Even though the land had some development potential it was being occupied for the purposes of husbandry and managed on a commercial – if modest – basis,” says Mr Moody. “This latest decision shows what an owner of a grass let has to do to qualify for tax relief.”

The Tribunal decision in Allen v HMRC can be seen at http://www.bailii.org/uk/cases/UKFTT/TC/2016/TC05100.html.

Last year, the CAAV published Tenancies, Conacre and Licences: Arrangements for Occupying Agricultural Land in Northern Ireland as a guide to professionals on the options and issues over land law, tax, CAP and other issues. The CAAV has also published a professional guide on Grazing Agreements: Issues Affecting Land, Livestock and Horses.

The CAAV has produced for its members’ use model grazing licences for England and Wales and a grazing tenancy for Scotland, based on the owner’s positive husbandry of grass that the grazier simply takes, with no other rights.