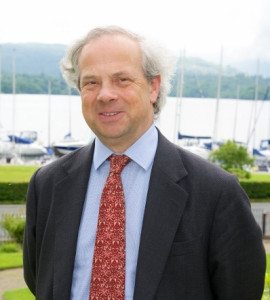 Landowners with telecoms equipment on their property should ensure they receive a fair market rent when the new Electronic Communications Code comes into force later this year.

For years, landowners have been able to negotiate terms with telecoms operators who want to place phone lines, masts, poles and other infrastructure on their land. However, a change in the law has sparked an assumption that rents will fall – but that does not have to be the case, advises the Central Association of Agricultural Valuers (CAAV).

In its efforts to improve mobile phone coverage and access to superfast broadband, particularly in rural areas, the Government is replacing the Electronic Communications Code – which dates from 1984 and was last reviewed in 2003 – as part of its Digital Economy Bill.  “This new Code is designed for the modern world of mobile communications,” says Jeremy Moody, Secretary and Adviser to the CAAV.  “There is a strong public interest in mobile and broadband coverage, but it is also important to protect individual private rights.”

The new Code features a number of changes, including greater rights for telecoms operators as well as improved protection for landowners – but there have been serious misconceptions about its impact on payments for telecommunication infrastructure.

“Many operators see the new Code as introducing compulsory purchase for telecoms infrastructure, and switching payments from market rents to compensation,” says Mr Moody. “If this had happened, it could have led to a sharp drop in rents received, but after protracted negotiation the industry has secured a fair outcome for all parties, with rents remaining open to individual agreement.”

The key changes to be introduced under the new Code include the imposition of timescales for renegotiation and termination of agreements, says Mr Moody. “The old Code caused a lot of dissatisfaction as it allowed telecoms operators security of tenure without a timescale for negotiating renewed leases, which meant lease renewal discussions could go on for years.”

It also allows greater freedom for operators to upgrade their infrastructure and allow its use by other businesses, without having to pay landowners any percentage of extra revenues generated.

Having been closely involved in the development of the new Code, Mr Moody is confident that it strikes a balance. “This Code provides a framework of law, which courts can impose should no agreement be reached. However, while a court can order a project to go ahead, it must also settle the ‘fair and reasonable terms’ for an agreement; including payment, which is very different to compulsory purchase powers and compensation.”

Importantly, the change to the definition used for valuation will only apply to new leases, with existing leases, of which there are tens of thousands, remaining unchanged until they come to an end, when the new renewal rules will apply.

If landowners who do not appoint professional valuers when negotiating contracts accept rents lower than the Code’s rules suggest, that would set precedents for other agreements, warns Mr Moody. “There has been so much misunderstanding of the new Code that it would be easy to believe the rumours that rents are set to tumble, making for a self-fulfilling prophecy.

“CAAV members, as agricultural valuers, act for both landowners and telecoms companies, so we are impartial as an organisation,” he adds. “We just want to see our work with the Government result in a workable Code with a fair outcome for all parties.”

Professionals join forces to help farmers make and save money