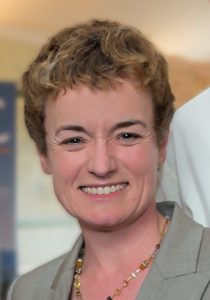 Landowners stand to lose millions of pounds of potential development value under government proposals to grant large developers the right to acquire land for housing.

Under the Housing and Planning Act (HPA) 2016, developers of Nationally Significant Infrastructure Projects – such as large transport links, energy lines, and water pipes – will be able to compulsorily acquire land for related housing development. According to Kate Russell, policy and technical adviser at the Central Association of Agricultural Valuers, they will only have to pay compensation at existing land use value, transferring the profitable capital uplift to developers’ pockets.

Speaking at the CAAV spring conference in Cheltenham, Gloucestershire, on Thursday (23 March), Ms Russell said government guidance issued on Wednesday indicated the new law would come into effect from 5 April 2017. “This is a significant change, but is very much in the theme of other new Bills which seek to make new infrastructure development easier for developers.”

Under the HPA, ‘related housing development’ means one or more dwellings on the same site, or within a mile of, any part of the infrastructure project. “These are really quite draconian powers,” warned Ms Russell. “They allow developers to get housing in places that might not otherwise have been justified – and they are able to do so at existing land use value, transferring the windfall uplift in value from the landowner to the acquirer.”

CAAV President Nick Millard said examples of such projects could provide low cost housing for workers at proposed new nuclear power stations, or along the route of the HS2 rail-line. “The Government sees this as a way of encouraging new development, and helping to pay for such large infrastructure projects.”

Under the new Act, developers have extra powers of entry to survey land in connection with the project, with compensation only payable for damage caused. “However, it’s interesting that the HS2 developers plan to continue offering payment for such access, to speed up and smooth the whole process,” said Mr Millard.

Other provisions which have yet to come into force include timetables for advanced payments with a proposed 8% interest rate for late payment, as well as the ability for land occupiers to require entry to be taken on a specific date.

Further changes are to be made to compulsory purchase powers under the Neighbourhood Planning Bill, explained Ms Russell. “Royal Assent is likely to be soon after Easter and the main theme of the Act will be to make compulsory purchase clearer, fairer and faster; although it seems to be fairer for developers than landowners.”

Provisions include the ability to take ‘temporary possession’ of land – for up to six years – needed for construction of a scheme. Powers include removal of buildings and vegetation, with compensation only payable for losses incurred.

“Landowners should take professional advice at the earliest stages of a proposed scheme to assess the possible impacts on the business and plan accordingly,” said Ms Russell. “CAAV members are well placed to advise on these issues and the cost of the advice will usually form part of the claim, paid for by the infrastructure provider.”

Connecting the public to local food

Use EIS to slash tax on sale of farm cottages, advises Old Mill