Farming families could use changes announced in last week’s Budget to facilitate succession planning, according to accountant Old Mill.

One of the headline announcements was the abolition of Stamp Duty Land Tax (SDLT) for certain first-time buyers on property purchases up to £300,000. “This is a significant tax break for those looking to buy their first home,” says tax manager Victoria Paley. “However, it is also a good opportunity for farmers to pass on property to next generation at a reduced cost.”

As an example, a retired farming couple may live in a £300,000 bungalow on the farm, which is now run by their daughter and son-in-law. The couple – concerned about how to fund their retirement without being reliant on the farm – own a rental property in the village. This provides a modest income of £400 per month, but they would prefer to have more substantial liquid funds available. Their grandson has recently returned from agricultural college and is keen to work on the farm, with a view to eventually succeeding his parents.

“To release equity from the house, the retired couple could move into the village property and sell the bungalow to their grandson,” explains Miss Paley. “Under the normal SDLT rules, this would have incurred a charge of £5,000, but the changes mean that no SDLT should arise on this transfer. In addition, as they have always occupied the bungalow as their main residence, Principal Private Residence relief applies so that no Capital Gains Tax liability is payable.”

The benefit still applies where the value of the property exceeds £300,000, with anything over this threshold incurring SDLT at a rate of 5%, up to a cap of £500,000. “These changes, effective from 22 November 2017, will generally save first-time buyers up to £5,000 and ease the financial pressures of getting on the property ladder,” says Miss Paley.

However, the tax break will not apply where the value of the property exceeds £500,000, or if it will not be occupied as the purchaser’s main residence.  “In these cases the normal SDLT rates will apply.” 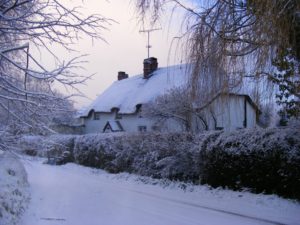 When it comes to Inheritance Tax, there remain ongoing rumours across the industry that there could be significant changes to Agricultural Property Relief (APR) and Business Property Relief (BPR) in the future, explains Miss Paley.

“HMRC is concerned that these reliefs are being exploited to benefit wealthy landowners, and has commissioned research to better understand their motivations and behaviours. Old Mill has contributed to this research, a summary of which has now been published by the Government,” she adds.

“It is encouraging that the summary highlighted that the reliefs are crucial and that without them many farms would have to be sold to pay the IHT liability. It also noted that succession planning is generally focused on keeping the farm together to pass it on to the next generation as a viable farming business, with reducing tax being a secondary consideration.”

However, it’s clear that APR also benefits individuals like wealthy investors who have negligible involvement with the farm itself, and it is those situations that the Government is seeking to target. “So while this report is encouraging, it is likely that HMRC will continue to investigate potential abuse of the reliefs and consider future changes,” says Miss Paley. “It’s therefore vital, when planning succession, to ensure that your case is entirely compliant with the letter of the law.”