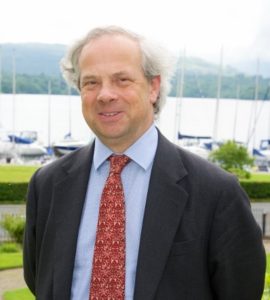 for more house building could help with rural housing struggles – but landowners need to be aware of the effects of the new reforms.

Concerns over the availability of housing – particularly in rural areas – have grown rapidly over the past few years. However, actions discussed by the Government could provide some remedies, as well as some problems, says Jeremy Moody, secretary and adviser to the Central Association of Agricultural Valuers.

“The autumn Budget not only offered more financial support for house building but also mentioned a number of interventions to promote building at a faster rate – notably around transport hubs and under-used land in cities and towns.”

The Government has pledged £44bn towards housing with capital funding, loans and guarantees – with the aim now of building 300,000 houses a year. However, with reforms to planning also on the horizon to ensure that more land is available for housing, landowners need to be aware of potential implications, adds Mr Moody.

“While many of the plans focus around cities and high-demand areas like the South East, rural areas may see opportunities that could support the local economy.” Local authorities are expected to bring forward 20% of their housing supply as small sites, he explains. It’s also possible that planning permission may be granted on land outside of the Local Plan if a high proportion of the homes are offered for discounted sale to first-time buyers, or for affordable rent.

“As we have seen in the Environment Plan, the Government is committed to protecting the Green Belt, but there are plenty of areas where sensitive rural development could progress to meet local housing needs,” says Mr Moody.

“We now have the Government’s review on the gap between planning permissions granted and houses built. Should that review find that land is being withheld for commercial reasons, government action could include more powers for compulsory purchase.”

The Government is also reviewing the Community Infrastructure Levy (CIL), which taxes planning permissions. “One proposal is to allow authorities to set rates which reflect the uplift in land values between existing and proposed use,” says Mr Moody. “This could mean that landowners become liable for higher rates of CIL – so it’s important to keep informed and be prepared for change.”

On the upside, the drive to deliver more housing could present opportunities for landowners to earmark sites for development. “The Government is consulting on a further permitted development right to convert commercial property to housing. More widely, it might intervene where councils are failing to develop Local Plans, which will help in areas where development has stagnated,” he explains.

However, it will also consult on taking allocated land out of a plan if there is no prospect of a planning application being made. “With so much change under consultation and more in the pipeline, it’s vital to stay abreast of events and understand the likely implications for your surrounding land.”

Agriculture Bill back on the table, says ALA