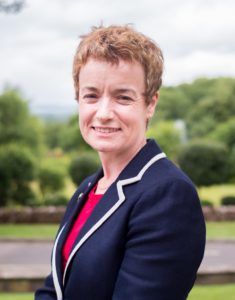 Increasing demand for land from developers is threatening landowners’ property assets, potentially leaving them out of pocket and with serious upset to their business.

A new round of national infrastructure planning could see more land taken for development – perhaps under compulsory purchase – as the Government continues to invest across the UK, warns Kate Russell, policy and technical adviser at the Central Association of Agricultural Valuers (CAAV).

There are lots of transport and energy infrastructure schemes already under way across the country, and Transport for the North has just published its Strategic Transport Plan for the North of England, which could lead to more schemes. “In addition to those projects, the Government is also looking at our water resources and considering what kind of national infrastructure they might need,” she explains.

“There could be more large water infrastructure projects coming forward, such as reservoirs and transporter pipelines, as there has been talk for a long time about the need to store more water and move it around the country more easily. With a drought-starved south east and wetter areas in the West and North, making it easier to move water around the nation could have a lot of advantages.”

While landowners could stand to benefit from these schemes, they may also find themselves facing demands to supply land for such development. The largest scale schemes are known as Nationally Significant Infrastructure Projects, which have their own, fast-tracked regime for gaining consent. Although developers should engage early with affected landowners, this doesn’t always happen, warns Ms Russell.

“I think that developers under-estimate the time and cost of properly consulting with affected landowners and businesses,” she says. “But if they do it properly, everyone will benefit from a better designed scheme, which should have the minimum impact on claimants.”

As a last resort, developers can be given powers to compulsorily purchase land under these schemes. They can also survey land before the start of the scheme – and a notice seeking entry might be the first point of contact with a landowner or farmer, explains Ms Russell. “Affected farmers and landowners should seek professional advice from a suitably qualified agricultural valuer as soon as they become aware of a scheme, as the impact of the project on the land and business could be very significant.”

App set to map every tree…