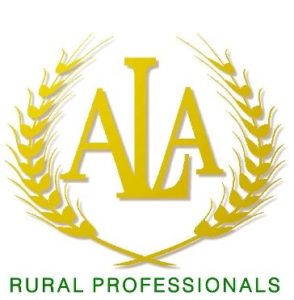 The proposed new body for overseeing environmental legislation must be truly independent if farmers and land managers are to have confidence in it, the Agricultural Law Association has warned.

In its response to the draft Environment (Governance & Principles) Bill, the ALA is clear that the new Office for Environmental Protection (OEP) should report directly to Parliament, not just to Government departments.

“As an independent body, the OEP will be giving advice on proposed changes to environmental law, but under the current wording of the draft Bill the Minister won’t be required to present this advice to Parliament, which has the real possibility of limiting the scrutiny of any future changes,” said Mike Holland, consultant and adviser at the ALA.

“Environmental law has a direct effect on land use and management. For the agricultural industry to have confidence in the OEP it absolutely must be transparent, open and independent, and for that to be the case it must report directly to Parliament.”

In addition, the ALA recommends that the OEP has an internal panel with legally qualified members to deal with any authority which fails to comply with environmental law or issues arising from misinterpretation of Government policy. “This panel should have the power to set up a judicial inquiry, to ensure policy implementation is robust,” explained Mr Holland.

Another area of concern is how the Environment Bill will dovetail with the Agriculture Bill. “With all the pieces of legislation coming from Brexit there is a danger that they won’t tie up together. It is vitally important that the contents of the proposed Environment Bill reflect the direction of Government policy contained in DEFRA’s Health and Harmony consultation in 2018.”

This is particularly important with regard to new regulatory baselines that will apply to the environment; the starting point for the Government’s 25-Year Environment Plan. “While baseline data will be used to measure the success of environmental schemes, it’s not clear how the data will be collected or used, or how those baselines will be established,” said Mr Holland. “It is fundamental to the agriculture sector that the Government is clear on the evaluation methods that will be used and supported at farm level.

“In the longer term, it is also vital that we have clear and transparent environmental law governance outside of the EU, to ensure the rural sector is not over-burdened with regulation that hinders its ability to respond to the challenges ahead.”