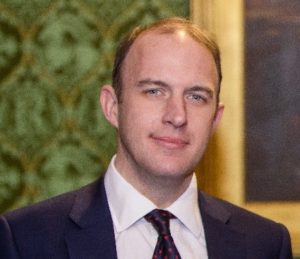 The Agriculture Bill – along with several other draft Bills – could come back to Parliament following the landslide victory for the Conservatives in the General Election.

After months of uncertainty, stagnation and frustrating weather, a new Parliament may at last start to provide much needed direction to farmers, says Mike Holland, secretary and adviser to the Agricultural Law Association (ALA).

“Since the EU referendum in 2016 policy efforts have been redirected towards sustainability, environmental practices and increased productivity in farming,” he explains. “We hope that under the re-elected Conservative Government we will soon begin to receive details of proposed legislation to which we can contribute and liaise on with DEFRA.”

The rural sector has had significant input into the Government’s emerging policy and legislative framework on farming, environment and trade; including the Health and Harmony consultation, the 25-year Environment Plan, integrating natural capital and ELMs, adds Mr Holland. “The hope is that a prompt Queen’s Speech will start to cement the direction of policy as soon as possible.”

So what can farmers expect now?

Before the General Election was called new policy was being directed at increasing biodiversity, minimising and offsetting farming’s environmental impacts, as well as creating clean air and water and enabling the transition away from direct payments.

“The natural assets of land are likely to play an increasingly vital role – not just as the bedrock of agricultural enterprises, but in providing farmers with future financial opportunities to protect and enhance the environment,” says Mr Holland.

Climate change and carbon trading is also a huge topic of conversation and farmers are likely to see increasing prospects to weave this into their current business structures.

The previous iteration of the Agriculture Bill still had many stages to pass before the final version, warns Mr Holland. “Early indications from Government on the direction of policy and proposed legislation will be necessary to assist anyone with an interest in land and its management.”

The industry has submitted detailed and considered proposals for the shape of the sector and the legislation affecting it post-Brexit. “As the Government works towards the UK’s exit from the EU, we look forward to a progressive legislative agenda in the new Parliament to secure the future direction of agriculture.”