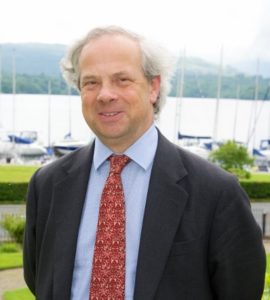 Mitigating and adapting to climate change is going to be the main driver for policy in the coming decades and farmers need to be on board with it.

According to the Central Association of Agricultural Valuers, UK farmers and landowners are going to see their practices driven to evolve to tackle climate change and its consequences during the coming years. In each part of the UK, agricultural policy will be adopted and adapted as part of an incremental process over the next 30 years, says Jeremy Moody, secretary and adviser to the CAAV.

“As part of the National Planning Policy Framework, environmental issues will be critical.”  There will be changes in planning rules so that any future housing developments will need to provide a 10% net gain in biodiversity for every project, he explains. As a result, farmers are likely to see their role in facilitating this expand exponentially, as they act to provide a service to developers so that government targets can be met.

“There should come a stage where we can look at the environment as an enterprise and price environmental goods so that they offer a profit and are not priced on a compensation basis,” explains Mr Moody. “We want this to provide an income in the same way producing crops or meat would. Additionally, works like improving soils are positively synergistic with good farming.

“Such environmental management could then give a business margin where farming is unprofitable,” he adds.

“Farmers are likely to play a key role in reversing biodiversity loss and off-setting carbon emissions, but this can be looked at with commercial practicality as a branch of the farm business, rather than as another tick box to complete.”

There are further benefits to adopting new opportunities, such as aiding drought resilience and flood prevention. “Increased flooding is the UK’s biggest property and business risk from climate change and estimates suggest that around 3.6m people will suffer from annual flooding by 2050.

“This will affect farmers too,” says Mr Moody. “But deploying strategic interventions now – and getting paid to do so – could mitigate the impacts to valuable farmland, while also providing a public good as part of the business.

“Overall, there’s a real opportunity for farmers to look at their businesses here and ask how these developing policies can be used advantageously.”