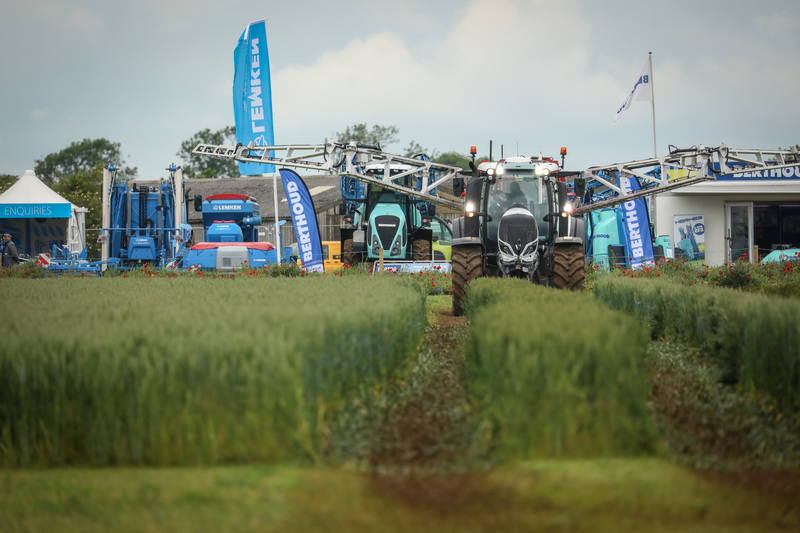 Weeds and disease are an ever-present threat to crops, but nutrition plays a key role in tackling both and optimising it should be a focus for farmers.

From variety choice to the latest chemical developments, weed tackling strategies and nutritional advice, Cereals 2020 (10-11 June) will deliver the knowledge to help farmers overcome many challenges.

Nutrition is one of the key areas in the spotlight as growers consider where improvements can be made. Micronutrients in particular can easily fall under the radar, and yields can suffer as a result. This year especially, with the excessively wet conditions, leaching could be a serious problem for many.

According to Natalie Wood, agronomist at Yara, boron deficiency is often an issue. “In 2019, 86% of our tissue samples were deficient in boron and this year we would expect it to be even worse if growers don’t apply it.” Boron deficiency affects the number of grains per ear, meaning crops lacking in it are unable to achieve their yield potential.

But boron isn’t the only micronutrient crops are often lacking; zinc and magnesium are also hidden culprits. “Macronutrients are often tailored for, but micronutrients aren’t always given as much attention and things like copper or boron are taken for granted as growers don’t always know the impact they have,” she explains. “Just because they are called micro, they are no less important, they are just needed in smaller quantities – and when crops are deficient in one, it can be a limiting factor to yield.”

There’s still time for growers to act on this year’s crop though, adds Ms Wood. “If they can get leaf samples before the T0 spray, then they can apply the necessary nutrients then. Or T1 is another application option for nutrients – so there’s time to take tissue samples and get the right products ordered.”

Growers do need to be cautious though, because rooting has been so severely compromised in some crops that they do not have the capacity to take up nutrients well, according to Chris Gamble at Olmix-Micromix.

Biostimulants can improve rooting which – by optimising other inputs –  translates into yield, and getting roots to grow on crops should be a priority for farmers at the moment, he says.

Mr Gamble suggests that growers should look to use a multi-trace element mixture, as well as biostimulants and a non-scorch liquid nitrogen to aid ailing plants. “Use it at low doses to kick-start the crop to improve rooting, support tiller growth and boost yield.

“At this point some crops need a rescue remedy and anything we can do to make more root will support challenged crops,” he adds.

Improving root structure can also help plants compete with weeds, and blackgrass is still one of the biggest weed challenges for farmers. An endless amount of research goes into fighting this most stubborn and persistent of weeds, and John Cussans, weed biology specialist at NIAB will explore the most effective options for tackling it at the Cereals Event.

With a changing climate, keeping on top of pests and diseases can be particularly hard, so considerable research is also going into improving varieties to cope with emerging challenges. During a tailored session at Cereals, Rothamsted Research’s Kim Hammond-Kosack will reveal breeding research that will deliver resistance to aphids, take all, septoria, slugs and yellow rust to name but a few.

Further to this, the new world of biopesticides will be explored by Dr Roma Gwynn at BioRationale. Capable of playing a major role in tackling pests and diseases, these natural combatants could have serious potential on UK arable farms.

Using an all-round approach is continually hailed as the most effective way of tackling all arable challenges, which is why exploring the benefits of the latest technology at Cereals could revolutionise crop management. CHAP’s Fraser Black will explore how Crop Pro matches local growth stage to pest and disease risks and can provide spray window forecasts using bespoke weather monitoring.

Or for those interested in utilising drone technology, DroneAg’s Jack Wrangham will be demonstrating how a smartphone-based app enables farmers to fly a drone to points in a field and get accurate green area index (GAI), emerging plant counts, and spot weeds and insect damage.

Farmers have faced a challenging year, but the progress of the industry has been no less exciting despite this, says event director, Alli McEntyre. “There is so much new and innovative technology available and agriculture is advancing continually; it’s important to keep abreast of it as it could revolutionise the way you run your business.”