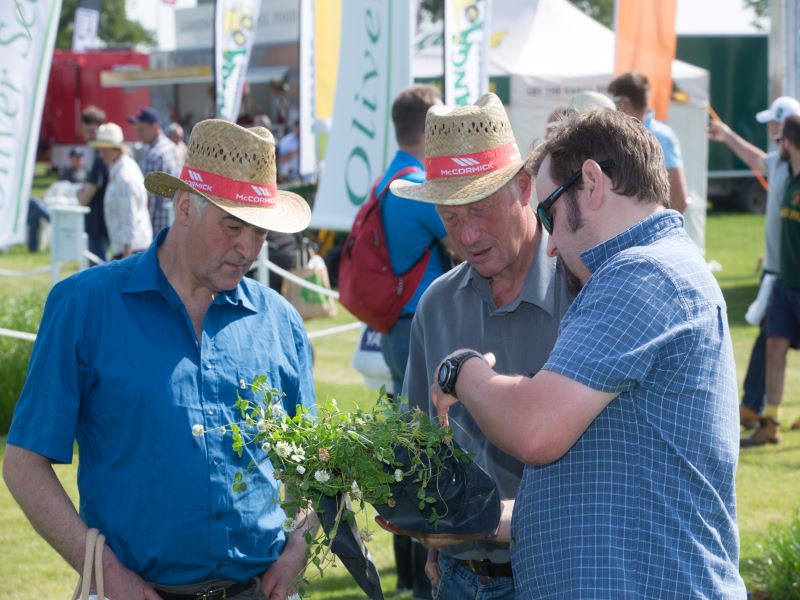 Farmers are consistently trying to get the most from forage, and the Grassland & Muck event is seeking farmers views on how they manage their grass, soils and nutrients. In return, a lucky six respondents will win a pair of tickets to this year’s Grassland & Muck Event, which will be held at Ragley Hall from 20 to 21 May.

The nutrient management survey has already produced important data since 2011, creating a detailed picture of UK farmers’ approach to grassland and fertiliser management. “The last time the event ran the survey was in 2017 and it revealed that farmers were taking a more scientific approach to grassland management,” says event organiser Alice Bell.

In 2017, 62% of respondents carried out soil testing at least every five years, a rise from 56% in 2011. This scientific approach was also reflected in the proportion testing their organic manures, with 14% using laboratory analysis against 9% in 2011, while the proportion basing nutrient content on personal assumption fell to 20% from 37% in 2011.

As a result, 29% of respondents were using less nitrogen fertiliser, 24% using less phosphate and 21% reducing potash applications. However, there was still an opportunity for farmers to make more of their grassland, with only 14% regularly measuring grass growth in 2017 and 29% not producing a nutrient or manure management plan.

Also covered in the survey are grass seed choice, reasons behind reseeding and the role of the agronomist in variety selection and management.

“The 2017 survey highlighted the efficiency and cost saving opportunities for farmers when they combine the practical with the science,” says Ms Bell. “It will be fascinating to compare the results of the new survey with those from 2017, and from that we can hopefully learn some lessons about how farmers’ grassland management is evolving, translating into key advice at the whole Grassland & Muck event.”

To fill in the survey and enter the competition to win tickets to this year’s Grassland & Muck event simply follow the link www.surveymonkey.co.uk/r/grassland-muck-nutrient-survey or visit the website www.grasslandevent.co.uk

Professionals join forces to help farmers make and save money

Wanted: Bright ideas to shape the future of farming