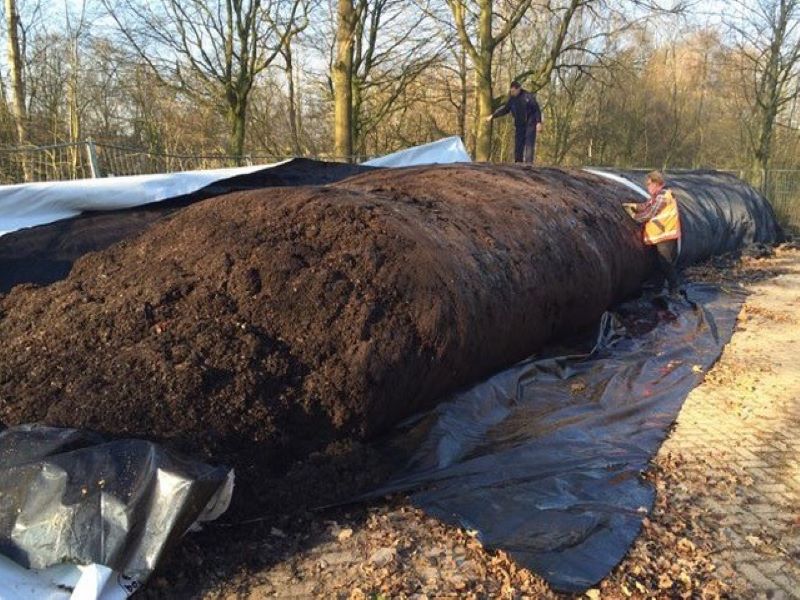 Farmers who want to increase soil organic matter and health – while also reducing their CO2 footprint – should consider fermenting their manure rather than composting it.

Initial independent trials commissioned by Agriton – and carried out by Feed Innovation Services, Wagenigen, Netherlands – showed that composting grass cuttings in windrows led to 60% losses in weight – from 13,400kg to 5,070kg over six weeks. In contrast, fermented cuttings – known as bokashi – lost just 3% from the same starting weight. In addition, the bokashi had a higher carbon / nitrogen ratio, at 19.5 versus compost at 10.1 – an important indicator for soil organic matter content and fertility.

Overall, from the original 13,400kg of grass cuttings, the resulting compost contained just 882kg of organic matter and 441kg of carbon. Bokashi contained 2,080kg, and 1,040kg, respectively, with more nitrogen, energy, ash, protein and cellulose, too. Mineral levels were also considerably higher, from potassium, sodium and magnesium to sulphur and most micronutrients.

The trial also considered the CO2 footprint of the compost and bokashi. Given that the bokashi did not require turning, while the compost was turned almost daily, it’s unsurprising that the bokashi performed very favourably. In total, the compost required 3391kg CO2 equivalent to produce, compared to 350kg for the bokashi – and when the weight losses are taken into account, compost used 669kg of CO2 per tonne produced versus 25kg/t of bokashi.

“Farmers are under increasing pressure to reduce their greenhouse gas emissions – and many are seeking to improve soil health at the same time,” says Andrew Sincock, commercial director at Agriton. “Indeed, soil health and carbon sequestration are very likely to form part of the new Environmental Land Management scheme.”

Increasing knowledge of soil sciences shows that regenerative practices are sustainable and profitable, he adds. “When you consider 1kg of humus can hold 4kg of water and is approximately 50% carbon by weight, increasing organic matter in soils by one percentage point would increase water holding capacity by 160,000 litres/ha and carbon by roughly 40,000kg/ha. The result: Less flooding, less CO2 in the atmosphere, healthy ecosystems and sustainable crops.”

Following the initial trial, Agriton commissioned a second independent trial with SPNA Agroresearch to look at the impact of bokashi on both the soil and end crop. Replicated over three years, the bokashi-treated winter wheat averaged 8.9t/ha against compost at 8.74t/ha, with similar protein levels and bushel weights.

After three years, soil analysis revealed that nitrogen content was significantly higher in the bokashi treated plots, at 2402mg N/kg versus compost at 2,298mg/kg. Sulphur, phosphate and potassium levels were also significantly higher, with organic matter content rising from 4.6% in the control to 4.7% with compost and 5.2% with bokashi.

Biological life in the soil was generally higher when treated with bokashi than compost, with reduced levels of harmful nematodes, while weed and disease pressures were not statistically different. “The trials were so promising that we extended them for another four years,” says Mr Sincock. “They are now in their final year with full results expected in early 2021.

“Given the continued focus on regenerative agriculture and the carbon footprint of farming – as well as the need to improve soil organic matter to protect against weather extremes – we thought it was worth publishing the initial results now, to give farmers the chance to get ahead of the game,” he explains. “Carbon is the building block of all plant life and humus is the most important element of any farming system. Anything farmers can do to improve their soils will benefit productivity, the environment and sustainability in every sense of the word.”

The process ferments organic waste without aeration. Seashell, lime, clay minerals and Actiferm (80 species of effective micro-organisms like lactic acid bacteria, yeast and photosynthetic bacteria) are added to the windrow, which is then sealed with plastic wrap. After six to eight weeks the bokashi (Japanese for fermented organic matter) is ready, similar to the process for ensiling forage crops. 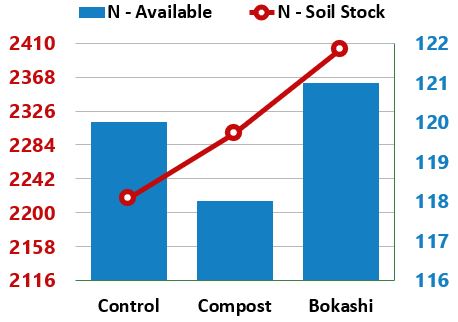 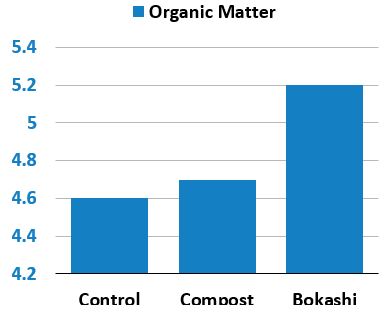