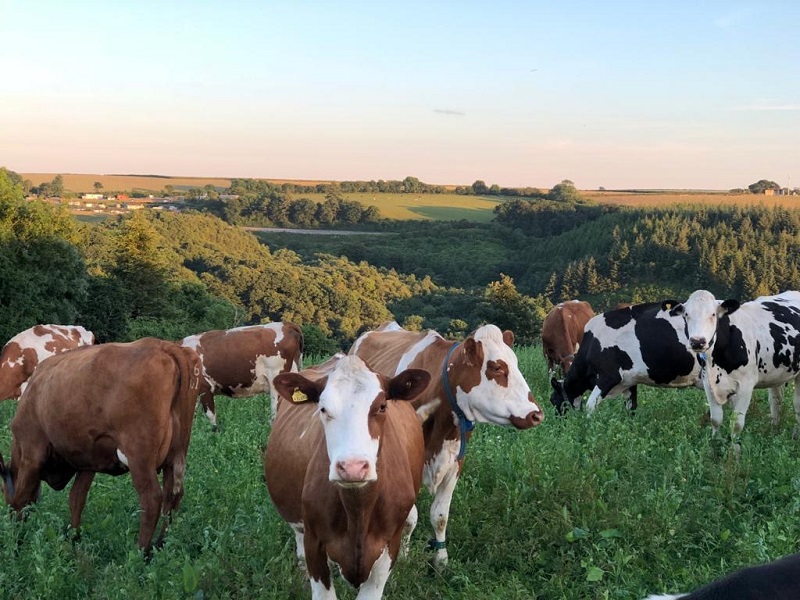 Margins over purchased feed for conventional dairy herds have increased by 24.1% in the past 10 years, to £1,704/cow, according to the annual Kingshay Dairy Costings Focus Report.

Herds have also seen an increase in margins per litre, but at a more modest 14.3%, bringing the average to 20.33p/litre. “Margins increased despite rises in purchased feed costs, likely mitigated by increases in yield, milk from forage and milk price, but other costs of production, such as labour, will also have increased over that period,” explains Kathryn Rowland, senior farm services manager at Kingshay.

In a comparison of five conventional production systems over the past year, lower input grazing focused herds came out top on a per litre basis, at 22.69p/litre, but the year-round calving, housing focused systems produced the best margin over purchased feed per cow at £1,852/cow. However, within each system there is such a wide range. For the year-round calving, housing focused systems, there was a range in margins of £2,219 per cow for the top 25%, to £1,465 for the bottom 25% – a huge difference of £150,800 for a 200-cow herd. So, it is important for producers to analyse their own margins and how they compare to other similar production systems.

Milk prices didn’t vary drastically across the systems, but autumn block calving grazing systems had a slight boost pipping the best price of 29.29p/litre (0.68p/litre above the next two prices), likely due to their ability to take advantage of seasonality and milk constituents.

Comparing different organic systems, a combination of additional grazing days, more milk from forage and higher milk prices meant that low to moderate yielding organic dairies averaged the highest margin over purchased feed per litre at 29.34p/litre. High yielding herds topped per-cow margins at £2,051/cow. Although these systems had high concentrate usage, at 2,016kg/cow, this was offset by greater yield and a strong average milk price.

“When translated to savings in purchased feed costs across the average herd of 200 cows, the top quartile achieved savings of £58,000 more than the bottom 25%,” highlights Ms Rowland.

When comparing by herd size band, herds with 150 to 200 cows tended to produce the most yield from forage (34.7%). Milk price was at its lowest in the smaller herds (up to 50 cows), averaging 27.05p/litre compared to 29.57p/litre in larger herds of 300 to 400 cows. Larger herds could therefore offset their higher purchased feed costs with higher yields and milk value.

It has been a relatively stable year for the milk price, with the average only fluctuating by 1.67p/litre throughout the season. However, the gap between the top and bottom paid producers widened to 9.1p/litre in March. “Though this is a long way off the 13.9p/litre differential we saw in 2016, it’s still a good idea to keep an eye on the market and focus on efficiencies to minimise the impact of lower prices,” advises Ms Rowland.

Input prices have fluctuated with red and white diesel values almost identical between March 2019 and March 2020, however crude oil prices crashed amid the Covid-19 pandemic and have remained reasonably suppressed since. “Fertiliser prices have generally fallen over the past year, but as they are closely linked to crude oil, there could be a higher level of volatility ahead.”

After dropping between March and September 2019, feed wheat values steadily rose to level out around the £150/t mark in January 2020, but by March concentrate values were at their lowest level in 21 months, at around £230/t.

Culling rates remained stable at 29%, but the level of forced culls rose two percentage points, to 70% of culls. This was despite mastitis levels falling to their lowest point in five years; down from 49 cases per 100 cows in 2016 to 36 in 2020. In contrast, lameness rose to its highest level in three years, up six cases to 42 per 100 cows.

So how can producers make best use of the report? “Compiling large data sets, alongside in-depth analysis, enables farmers and advisers to benchmark or see what they could be doing differently to make improvements to their system,” says Ms Rowland.

“What is really evident – especially with some milk contracts tightening – is the need to better utilise available forage and on-farm resources to lower costs. However, with fuel prices bottoming out in the past few months there may be some advantages to producers, even more so if this is reflected in the fertiliser value,” she adds.

“The important thing to take on board is that any dairy system can be profitable, but it requires a focus on efficiencies across the board; from forage, to health, fertility and other inputs.”

Connecting the public to local food