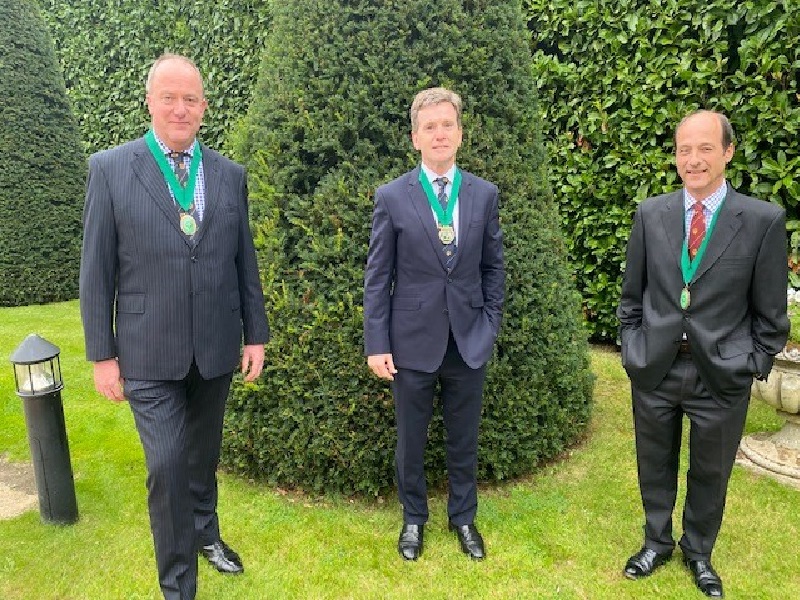 Embracing technological advancements will be a major element in progressive farming in the coming years, and the Central Association of Agricultural Valuers (CAAV) is arming its members with the tools to help.

Speaking at the virtual CAAV AGM and conference on 3 September, incoming president, Andrew Thomas, said the end of this year will hail a big transition for the rural sector. “There are huge changes ahead for our members and clients, whether we end up on World Trade Organisation terms or an EU-UK trade deal is reached,” he explained.

“The aim in the coming months will be to keep our members fully briefed so that they and their clients are ready to act whatever the outcome. Embracing new skills and technologies is a big part of the agenda as we need to be on the front foot to help farmers successfully transition towards a very different agricultural landscape.”

Mr Thomas is the fifth CAAV president to hail from the South Wales and Monmouthshire branch and heads Herbert R Thomas, a multi-discipline company started by his grandfather. Having held several official CAAV roles over the years, he has extensive experience in the industry.

In the theme of embracing advancing technology, Simon Pearson, director of the Lincoln Institute of Agri-Food Technology, addressed the conference on robotics in farming. “Agri-robotics will be transformational,” he predicted. “Agriculture is one of the hardest areas of robotics to work in because of all the skills the robots need to perform just one task, but there is lots of research going on.”

Advancing technology is also prevalent in the form of genetic improvements, as Jonathan Clarke, head of business development at the John Innes Institute, explained. “Technology is one of the tools to advance our research in genetics, genomics and plant growth. There is a new revolution coming, driven by two key changes; the ability to be precise and a rapid acceleration in producing new crop varieties.”

The role CAAV members play in informing clients on industry changes like these is a vital one, added Mr Thomas. “Our breadth of knowledge and continued professional development means we are ideally positioned to support the industry during these challenging times.”

Sharing knowledge among agricultural professionals is an important element to drive the industry forward, said Lee Baker at AMC, chief sponsor of the event. “In 24 years of sponsoring the conference, there has never been a year quite like 2020, but it’s really important to continue to provide support for such a dynamic industry and be a part of its future progression.”

Helping with this progression will be Andrew Coney, partner at P Wilson and Co, in Preston, Lancashire, who served several roles within the CAAV before taking on the role of senior vice president. “I look forward to working as part of the presidential team and with them I will continue to represent, promote and develop the CAAV for the benefit of its membership,” he said.

Incoming junior vice president, Simon Alden, is a director at Adkin in Oxfordshire and is an RICS registered valuer. “The CAAV has shaped my career, from the rigorous training to the outstanding technical information and support it provides,” he said. “I am honoured to serve as part of the presidential team and in particular I am looking forward to visiting local associations when that is allowed to happen.”

Up and coming young valuers were also recognised at the AGM, with the prestigious Talbot Ponsonby prize for the highest marks in the CAAV exams awarded to Annabel Hollis. Hailing from a family farm in Staffordshire, Ms Hollis has been a keen member of young farmers and attained a first-class honours in Rural Enterprise and Land Management at Harper Adams University, and a masters in Law from the University of Law, Birmingham. This autumn she will begin a two-year training contract at Michelmores in Exeter.