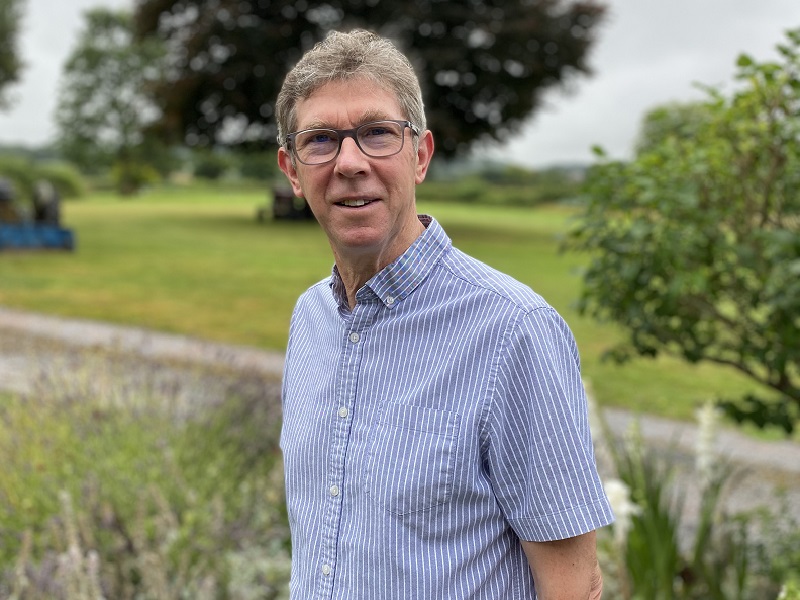 Richard Soffe, a “titan” of land-based education, research and rural development, is retiring from his college career to lead a team at AHDB developing a strategy for the dairy industry.

Mr Soffe, director of the Rural Business School (RBS) at Duchy College, has been instrumental in developing land-based businesses, shaping industry leaders and informing government over the past 15 years.

“Richard has helped generations of farmers and land managers,” says John Evans, principal and chief executive at the Cornwall College Group. “This is an incredibly fond, albeit sad farewell to an absolute titan of the sector. It is testament to how well he is thought of that he was handpicked to lead a team at AHDB.”

Mr Soffe has a wealth of achievements to his name, including creating multi-million pound professional development and knowledge transfer programmes for Defra. Recently he helped drive the pioneering research and education facility, Future Farm at Duchy College, which launches later this year.

When Mr Soffe joined the college in 2005 he realised the significance of connecting educators and the wider industry. “We knew that we could do something incredibly important in terms of helping with knowledge exchange and upskilling across SW England,” he explains.

“This led to the formation of the RBS, with the intent of providing a step change in knowledge transfer among farmers.”

The RBS now works with five other universities across the country to produce the annual Farm Business Survey, providing independent evidence and insight into the financial state of farming, informing farming unions, Government and the Bank of England.

“It is these relationships with other organisations that I am perhaps most proud of, whether that be Exeter University, Rothamsted Research or Cornwall Council,” says Mr Soffe. “This has helped us achieve more than £30m of commercial contracts.”

While the rural sector faces short-term challenges like Covid-19 and Brexit, Mr Soffe believes those businesses that succeed will be the ones who focus on good management across the board, particularly financial performance.

“Duchy College has a very bright future: RBS is pivotal in helping land-based businesses, and I am sure that many more farmers will join the more than 18,000 who have been involved with one of our courses in the past 10 years.”

Several of them – including Melanie Squires, South West director of the NFU – attended the Challenge of Rural Leadership course – one of the most prestigious high-level land-based courses in the UK, which Mr Soffe oversaw.

“Richard has taken RBS from strength-to-strength and has cemented its status as a key body in the UK’s land-based sector,” she says. “I have benefited from his expertise within our role at the NFU, on behalf of our farmers, as well as during leadership programmes for myself, members of my team, and many of our local members and officeholders.”

Stepping into the director’s role to continue this work will be Robin Jackson, director of Agri-tech Cornwall and the Isles of Scilly Project – a position he will continue.

Previously, he was chief executive officer of Peninsula Innovations, a subsidiary of the University of Exeter which ran the University Innovation Centre and the Exeter Science Park Centre with support for high-growth-potential businesses.

“We are so pleased to have a dynamic new team headed by Sarah, who will be building on Richard’s legacy of work,” says Mr Jackson. “We are confident that the RBS will continue to grow from strength to strength and further support the land-based sector across the South West.”

Mr Soffe remains an emeritus fellow of the RBS and will be director for the Challenge of Rural Leadership course’s 25th anniversary in 2022.