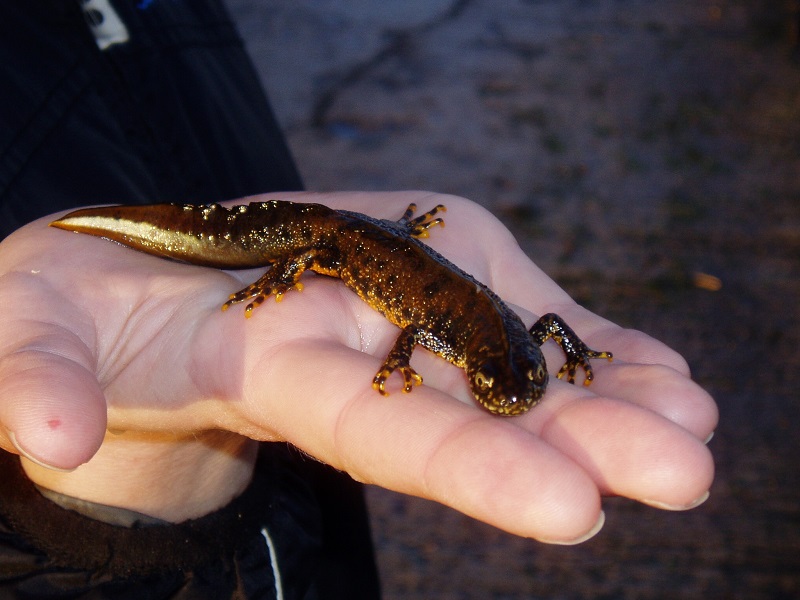 A scheme which financially rewards farmers and landowners for creating or restoring ponds on their land to help improve great crested newt populations is creating new freshwater habitat across the country.

Natural England partnered with EnTrade earlier this year as part of its District Level Licensing Scheme to deliver auctions where landowners can bid to create new habitat for the newts away from land outlined for development.

The auctions began in March 2020 and have already secured more than 125 ponds in Cheshire, Leicestershire, Rutland and Nottinghamshire, with Cambridgeshire and Essex being the next targeted areas for landowners to take part. Overall, the Natural England scheme has delivered more than 700 new ponds across England since 2019.

Great crested newt populations in the UK have declined rapidly over the last century, despite being protected under UK and EU law, largely due to loss of habitat caused by building development and pond neglect.

The new scheme is designed to better conserve great crested newt populations, while also helping developers to complete their projects quicker and more cost-effectively and farmers and landowners can benefit from sustainable new revenue streams.

“The District Level Licensing Scheme provides win-win solutions for all who are involved,” says James Peacock, product manager at EnTrade.

“Using the EnTrade platform, landowners can easily learn about the requirements needed to create suitable ponds, enter a price for which they can provide them, then apply for two to six ponds for their land.

“Creating clusters of ponds in this way has been shown to maximise the chance of colonisation by great crested newts and improve population resilience.”

Craig Thomas, habitat delivery strategist at Natural England explains why certain areas are being targeted for the scheme: “We market the auctions to landowners in areas of the country that are particularly important for great crested newts. Habitat is targeted within Strategic Opportunity Areas – where evidence tells us that there is a good likelihood of the ponds being colonised by newts.

“We use the EnTrade platform as an engagement tool, allowing us and our local Habitat Delivery Bodies to build long-term relationships with landowners to positively manage and monitor the new ponds over the next 25 years to maintain healthy newt populations.”

Landowners in Cambridgeshire and Essex can register at entrade.co.uk until Friday 13 November 2020 for more information and to take part in the current phase of the scheme.