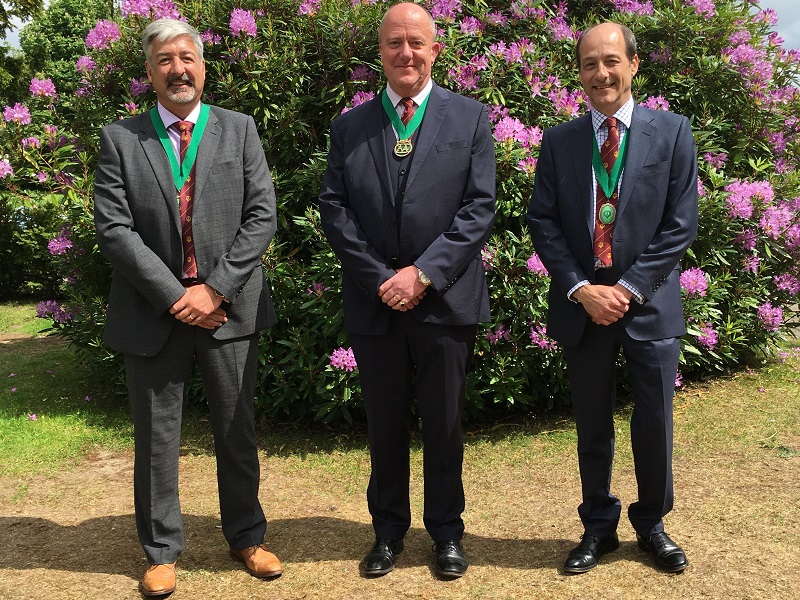 Advancing knowledge and skills in areas like technology is key to farmers enhancing productivity and meeting the challenges ahead, according to the Central Association of Agricultural Valuers (CAAV).

Speaking at the CAAV AGM and conference – sponsored by AMC, MFL Insurance Group and Michelmores – outgoing president Andrew Thomas said farming and the rural economy are facing major changes. “Changes are coming from the market and public tastes, climate change, the environment and post-Brexit legislation,” he explained.

Mr Thomas passed the presidential baton to Andrew Coney, partner at P Wilson and Company in Preston, Lancashire, who said the industry is going through a once in a generation change. “There are an awful lot of challenges, but also as many opportunities. Our priority must be equipping our members and their clients to meet these, and through our Future Skills programme one focus will be on technology and the environment.”

Beyond this, Mr Coney wants to build on the CAAV’s existing work on future land use. “In the past 30 years there haven’t been quite such a variety of priorities for land use – whether for property, food production, leisure or the environment – let alone the pressures from development and infrastructure, land value capture and biodiversity net gain. It’s all very live politically and will have a significant effect on land use and the new markets that are developing.

“Our members are trusted advisers to farmers and landowners and we will work to further equip them with the skills and knowledge to see the bigger picture in future reviews,” added Mr Coney. “The strength of this organisation is its members.”

The role of senior vice president was entrusted to Simon Alden, director at Adkin in Oxfordshire, while Malcom Gale, partner at Bagshaws in Uttoxeter, Staffordshire, was elected as junior vice-president.

“I am excited by the strong numbers of young valuers looking to forge a career in what I’ve found to be an interesting and rewarding profession,” said Mr Gale. “I want to ensure we keep encouraging young people to come into this ever-changing line of work.”

The education and advancement of new and young valuers is an essential aspect of driving the industry forward. To promote excellence in the industry, the highest achiever from last year’s CAAV exams was awarded the esteemed RASE Talbot Ponsonby prize at the conference. Chloe Hayes from Stephensons, York, was thrilled that all her hard work had paid off. “I was not expecting it but I want to say a massive thanks to all involved in organising the exams. Good luck to all the candidates taking the exams in 2021,” she said.

A further prize was awarded for major contributions to the Association. The Kenneth Glenny prize is not awarded every year and had only gone to 24 recipients previously; this year it was presented to Kate Russell, policy adviser to the CAAV, for her work on advancing best practice in compulsory purchase.

“I wasn’t expecting the prize at all, but it’s a lovely feeling to have your work recognised,” said Ms Russell. “An awful lot of people have contributed over the years, so thank you to everybody.”

Farmers raising £1,000s with Bulls Out for Cancer