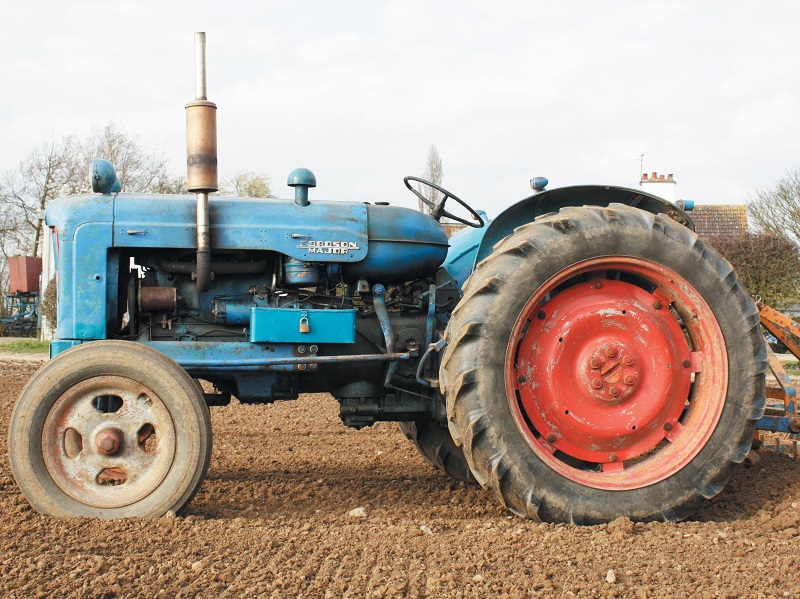 The Blue Force Club is throwing an open invitation to all exhibits which cover the club’s remit for this year’s Newark Vintage Tractor and Heritage Machinery Show.

Fordson, Ford and New Holland tractors and conversions, as well as Ford trucks, will all be welcome, says club spokesman and magazine editor Jonathan Whitlam.

Normally the club has at least a couple of big themes on its large stand at the show, but following the coronavirus pandemic and the lack of shows for well over a year, it has decided not to specify a particular theme in a bid to encourage as many people as possible to take part.

“Last year’s cancelled show would have seen the Fordson E27N Major celebrate its 75th year,” says Mr Whitlam. “This time around marks the 70th anniversary of its replacement, the E1A or ‘New Major’ which was introduced back in 1951.”

The tractor was a radically new type of Fordson that for the first time completely redesigned the concept and was virtually new from the ground up. Its brand new sleek and, back then, very modern styling concealed a superb new type of engine which was available in either petrol, TVO or diesel variants.

The E1A design was a huge success and was gradually improved on over the years with the Diesel Major, Power Major and Super Major versions before finally bowing out in 1964, says Mr Whitlam.

Other, more recent, celebrations from the Ford stable which are very notable include 50 years since the Ford 7000 model was introduced in 1971 as the first successful, mass-produced turbocharged tractor to be built in Britain.

Then, 30 years ago in 1991, the Series 40 range was launched to replace the four- and six-cylinder Series 10 models; these being the very last tractor range to be introduced by the Ford Motor Company following the Ford New Holland division being sold to Fiat the same year.

It is also now 25 years since the first proper New Holland tractors were launched back in 1996. These tractors were the L/35 and M’60 Series which were sold in either Fiat terracotta or Ford blue.

Despite not specifying a theme, there will nevertheless be several of the aforementioned tractor models in the Blue Force display in the John Eastwood building at the Newark Vintage Tractor & Heritage Show on 13-14 November, as well as in the vintage competition classes.

Better breeding with Bulls Out for Cancer