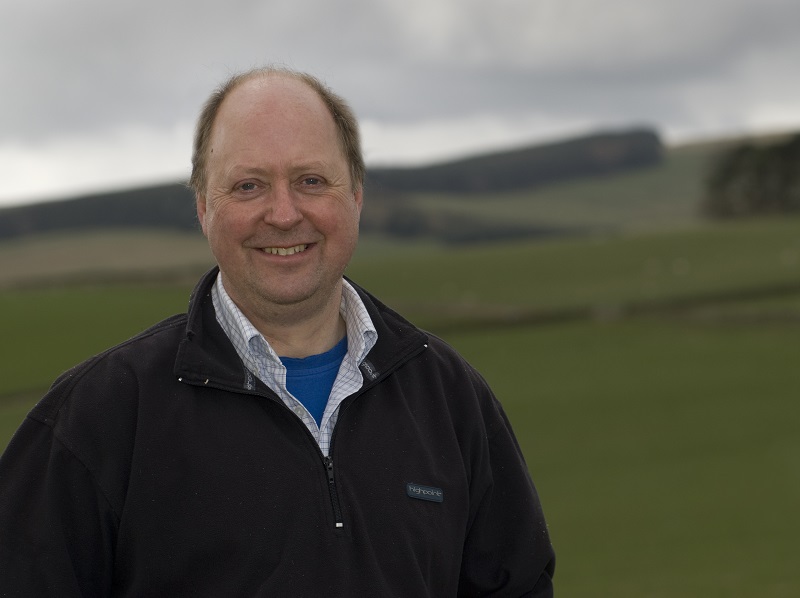 Dairy, beef and sheep sectors must deliver an effective farm-level response to the UK’s pledge to slash 30% of methane emissions by 20301, or the ‘soundbite’ solution of reducing numbers and downsizing livestock production will take control.

This is the warning from Nigel Miller, chair of Ruminant Health & Welfare, who says the methane pledge agreed at the COP26 summit is a tough step in a climate change transition marathon – but it is also a feasible goal provided the industry moves quickly.

“Dairy, beef and sheep production across our four nations are already firmly in the crosshairs over methane. The Climate Change committee has been clear that a reduction in red meat and dairy consumption of 20% is integral to the UK’s plan to reach net zero2,” he says.

“The truth is ruminant sectors can no longer shelter behind carbon efficiency alone. We must use this pledge to trigger a change in mindset and take control of our share of the problem. The management focus has to be all about reducing methane emissions over the next 10 years if dairy, beef and sheep producers are to protect their future.”

However, Mr Miller says it looks entirely possible to achieve a 30% methane reduction across UK livestock farming this decade by blending new science with high levels of care – and to even go beyond this reduction target in the long term.

A key challenge will be for each producer to be aware of their own farm’s emissions profile – the levels of CO2, methane and nitrous oxide their activity generates. Taking control of those three very different greenhouse gas streams is important, and for livestock producers, methane reduction must now be an immediate focus of effort.

“Measuring these gases is a challenge in itself,” he says. “The Scottish Government has just announced a £50 million package to support farm carbon audits and planning. We need this type of support across the four nations.

“However, we also need a standardised greenhouse gas calculator farmers can work off, one which ensures consistent feedback as new measures emerge and is approved using the same values or coefficients to ensure the outputs are comprehensive and up-to-date.”

He adds that developing a high national health status for cattle and sheep will provide a platform for other interventions.

“We are also on the threshold of having commercially available feed additives which have reduced enteric methane emissions in some trials by over 30%.

“In the medium-term, new genetics offer a range of solutions, the most direct being heritable reductions of enteric emissions in cattle and sheep, supported by other traits such as mature weight and robustness which might combine into a climate change index.”

Mr Miller explains that methane is a key focus in the climate change debate because it’s 28 times more warming that CO2 over the standard 100-year accounting period for greenhouse gases, and also degrades after only 10 years.

“This is why rapid reductions of methane now are seen as the best chance of keeping increases in global temperatures below a 2oC ‘tipping point’ at the end of the century, above which the effects of warming are likely to become irreversible3.

“However, reductions in CO2 and nitrous oxide emissions also need to continue as these accumulate in the atmosphere and only break down after hundreds and thousands of years respectively.

“Ruminant Health & Welfare will be looking at all these areas to see where it can support dairy, beef and sheep farmers in this important transition to lower emissions.”

As well as advocating reductions in meat and dairy consumption, the Climate Change Committee has also called for low-carbon farming practices. It too singles out improved livestock health as an effective measure which – alongside the use of controlled-release fertilisers and slurry acidification – stands to reduce greenhouse gas emissions from soils, livestock and manure management by 10 Megatonnes of CO2 equivalent by 2050 across the UK.

A recent SRUC study found that the deployment of up to 18 on-farm measures could reduce annual emissions by 4 Megatonnes of CO2 equivalent by 20354.

[3] European Commission President Ursula von der Leyen said at the pledge launch event at COP26: “We have to act now. We cannot wait for 2050; we have to cut emissions fast. Cutting back on methane emissions is one of the most effective things we can do to reduce near-term global warming … it is the lowest-hanging fruit.”

Innovation, information and competition at the Dairy Show