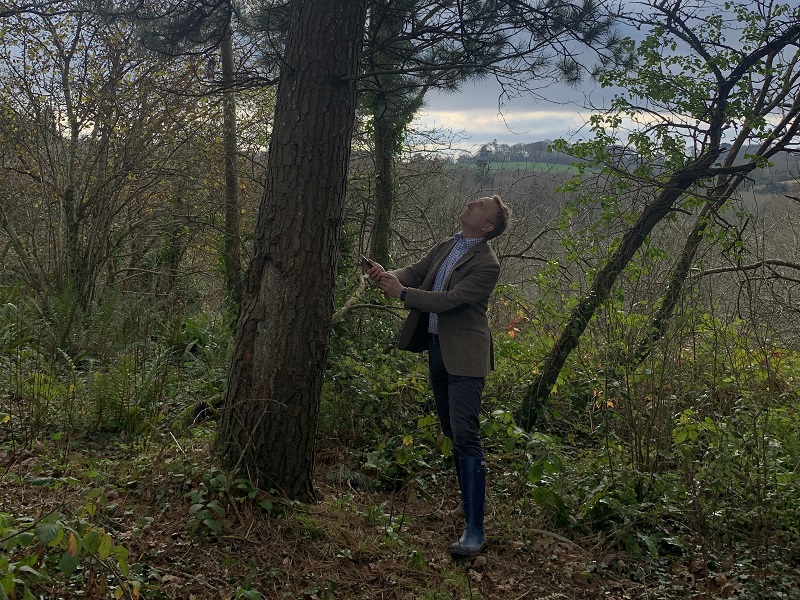 Mapping every tree in the world and creating the most accurate tree database is a bold ambition, but one that technology company, Tremap, is aiming to achieve with its mobile phone app.

Trees can be mapped for many different purposes, explains Tremap owner Jonathon Jones OBE. “It might be for protecting a tree, checking its DNA, collecting seed or building biodiversity knowledge – these are only possible if we know where trees are.”

Supported by an Innovation Grant from the Agri-tech Cornwall Project, Tremap has been developing the app – also called Tremap – in both the UK and North America.

It has worked with large apple orchards in Canada which want to map every tree to help breed apples with particular flavours.

There has also been interest in the technology from the US-based Smithsonian Institution (a large collection of museums, education and research centres) and the Eden Project – founder of the latter, Sir Tim Smit is also using it in his orchard.

New ideas about how the app could be applied are emerging all the time, says Mr Jones. “It is interesting to see what problems Tremap can help solve. Some COP26 delegates were held up on their rail journey to Glasgow by trees which had fallen on the line. Tremap could have been helpful in getting them reported and cleared up.”

As well as potential commercial and service applications, the technology can also be used to virtually label trees in large gardens or arboreta, saving time and money when creating tree databases and avoiding problems with physical labels, explains Mr Jones.

“Existing methods of labelling and recording trees are cumbersome – what used to take hours takes seconds with Tremap. Traditional labels can be swapped around or broken down by animals, sunlight and frost.”

In tree collections open to the public, visitors can get information about the tree from their phone. “There could also be a phone-based guide to the collection, updated each year, avoiding the need for maps,” says Mr Jones.

Information from tree databases can be exported into Tremap and vice versa, making collections cheaper and easier to manage, he adds.

“While we could label every tree on earth by 2030, it is more about escalating the process. With a small effort we could learn far more about existing trees.”

Mr Jones has been talking with COP26 sponsors, some of whom have expressed an interest in sponsorship beyond the conference to protect trees. “First it is about positioning where trees are, secondly protecting them and thirdly planting them. Usually, it is done the other way around which is why loss rates are so high.”

Individuals also want to be involved and Mr Jones says there is potential for a ‘citizens’ army’ to map trees using the app.

Tremap has been live for testing since September and will be made more widely available in the New Year. Access is currently by password but will be streamlined to recognise the user. The app will be available via the App Store or Google.

Get inventive and take control of tax