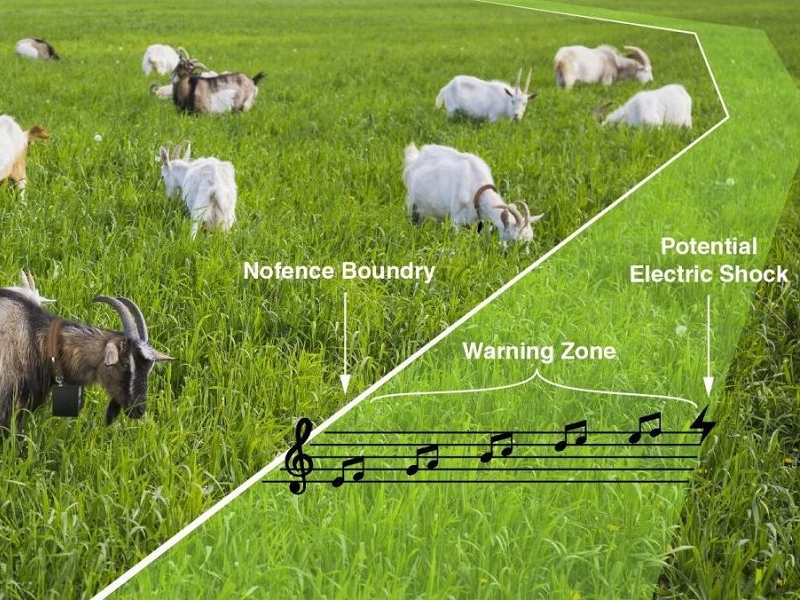 The journey to net zero is ongoing and new technologies are supporting farmers in the process. One such technology is Nofence – the first virtual fence for livestock, whose UK office is based at the Agri-EPI Centre Midland Hub.

Rotational grazing has been adopted by many livestock farmers as a step towards regenerative farming – this is where Nofence can help. “We hope Nofence will get farmers thinking about their grazing management and if they can start rotational grazing,” says Rachel Fuller, UK business development manager at Nofence.

“If they are already rotationally grazing, then we can offer a solution to going out and moving fences every day.”

But the virtual fencing also allows for grazing where it may not have been possible before. “Upland grazing and conservation grazing is also possible, including fencing off certain sites for other wildlife and to improve biodiversity.

So how does it work?

Pastures are created and field boundaries can easily be moved, with also an option to create exclusion zones within each Nofence pasture.  The livestock are trained to listen for the boundary audio warnings and quickly learn the system and to turn around upon hearing these warnings.

In 2011, the founder of Nofence – a Norwegian goat farmer with mountainous land – wanted to graze the goats without putting fences up – so he developed Nofence. “It was his vision to graze livestock without the restriction of physical fences and the impact that has on other wildlife,” explains Ms Fuller.

Nofence can bring benefits to anyone wanting to improve their grazing management. Whether that’s implementing a rotational grazing system, opening up areas of upland grazing that have previously been inaccessible due to fencing difficulties or for those wanting to utilise grazing livestock for environmental land management or rewilding projects.

The collars will be on display at the Low Carbon Agriculture Show. “People can come and see the collars, the app being used, listen to customer testimonials and any questions can be answered by the Nofence team.”

If that’s not enough, visitors can head to the Farm Technology Theatre, to hear Andrew Speed from Wellington Estates talk about his experiences using the system.

“Nofence can enable adoption of a variety of managed grazing systems which can deliver a number of benefits including improved soil health and plant root systems, leading to more carbon being sequestered,” says Ms Fuller.

Meet the Nofence team at Stand 208 at the Low Carbon Agriculture Show.

Save money and boost bird health with new wormer