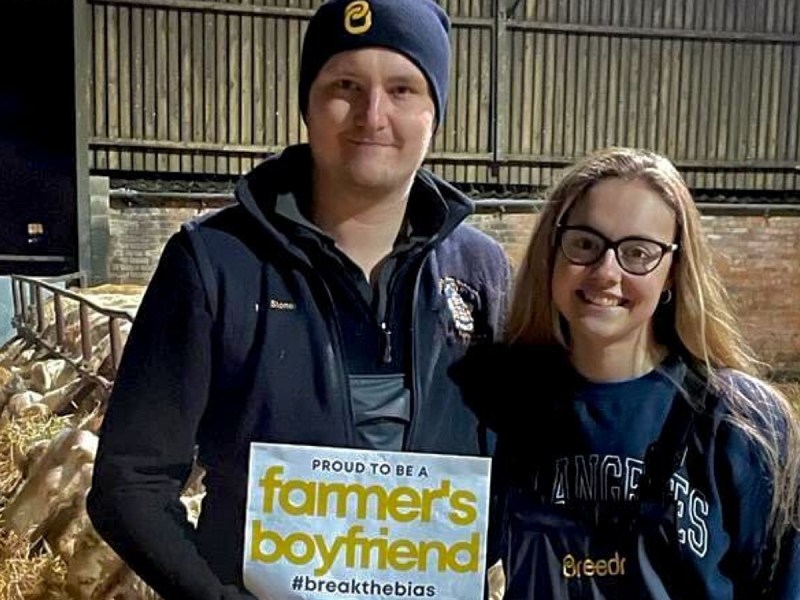 British farming is traditionally a male-dominated industry, but there are 10,000s of women who work in agriculture, and one company is helping to celebrate that.

As part of International Women’s Day on Tuesday (8 March), Breedr – the precision livestock network – is urging women to stand up and be counted for their roles in farming, helping to dispel the myth that it’s a male-only industry.

It’s calling on all farmers to share a photo of themselves proudly celebrating the female farmers in their life on social media – using one of the printable posters – with the hashtag #BreakTheBias.

“As a forward-thinking company in an industry where women have quite a limited voice, we really want to use our network to share positive messages about the amazing role women play in British agriculture,” explains Suzy Wheal, co-founder of Breedr.

“So many women work both as sole traders and alongside their partners and families, and it’s time to celebrate them as farmers and farm workers in their own right.”

The company – which empowers livestock farmers to become more efficient and environmentally sustainable through its app and marketing platform – has produced a series of ‘Proud to be’ posters which can be downloaded for free at breedr.co/breakthebias.

“We’d love as many women to take part as possible; this is a great opportunity to highlight the impact which female farmers have on the agricultural industry and hopefully inspire a new generation of girls to step up and get farming.”

App set to map every tree…

Save £1000s with National Grid grant