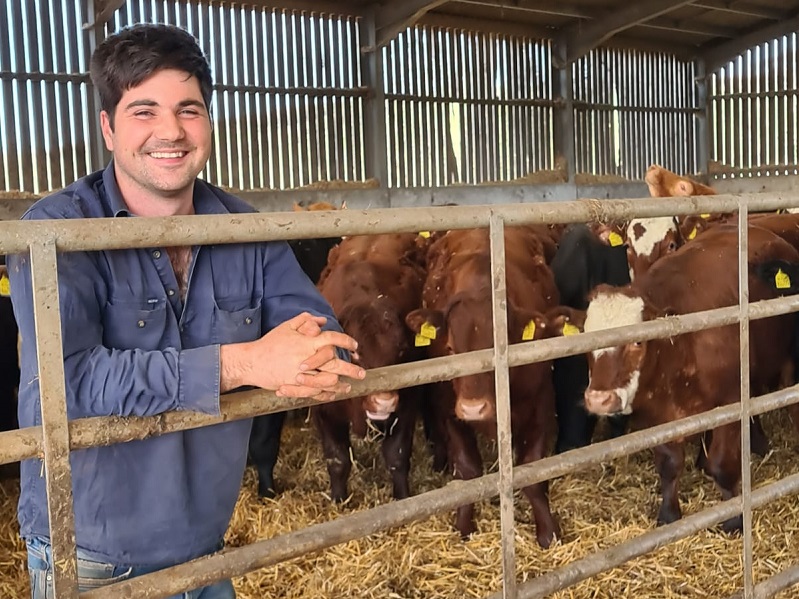 The annual Weigh to Win competition, run by the precision farming network Breedr, saw hundreds of farmers recording their cattle weights throughout the winter period from 1 December to 31 March. 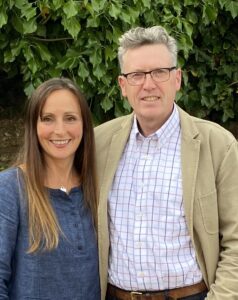 Topping the table in the under 12-months category were James Griffin and his wife Oonagh who run a TB isolation unit, which provides an outlet for calves from TB-restricted holdings lacking the facilities for rearing.

His winning group of 56 calves averaged an impressive daily liveweight gain (DLWG) of 1.35kg over the four months, which he attributes to Oonagh.

“I think women are far better at rearing calves than men,” he laughs. “They are more observant and notice what the calf was like yesterday, what it’s like today. I would be wandering along the front of the pens, chucking the food in – with my head full of the next job!”

James, a solicitor by trade, and Oonagh, a former speech and language therapist, are new entrants – moving to their 50-acre farm only six years ago. “When we bought our farm, we had horses, but the farm had fantastic buildings and cattle sheds which were empty,” says James.

“When the pandemic struck, I just thought, who knows what will happen? Then our neighbours on a nearby farm suggested we start rearing calves… and that’s what happened!”

They started out with 40 calves, which they sold through Breedr. They now buy their calves in at 10 days old and feed them on replacement milk powder before moving to calf rearer nuts.

“We were recommended Breedr by a neighbouring farmer when we started, and we use it to record weights, medicines and for trading,” adds James. “Rearing calves is probably the riskiest part of farming, but I like the idea of producing something and producing it well. We are focused on producing nice fit and healthy animals.”

The results show that all the hard work has paid off. “I’m very, very excited to win the Breedr competition,” he says. “But it’s testament to the care and attention that Oonagh gives to the animals – watching them, observing them – and making sure their welfare is as high as we can possibly get it.”

Max Parr won the over 12-month category. He looks after 1,000 cattle on his 1,500-acre beef and arable farm in Devon. “We buy store cattle and take them through for finishing,” he says. “We keep the cattle for about 60-100 days so they aren’t here very long before we sell them on for meat.”

Predominantly a beef business, a lot of the arable land is used to grow crops for feed. “We grow wheat, barley, maize, grass and fodder beet in rotation,” he says. With the cattle kept predominantly indoors, they eat a mix of home-grown cereals, grass and clamp silage.

Buying all his cattle either off-farm, through markets or on the Breedr app, the main reason Max weighs them is to spot the underperformers. “When we see which ones are underperforming, we can work out why and see what we can do to help them – even if this just means selling them on to slaughter earlier in the process.”

Despite always weighing his cattle, he admits that Breedr has given him more confidence in what he does. “The app gives me a lot more information; I can see all the previous weights, how long the animal has been there – and all of it while I am weighing.”

Winning the Breedr competition was a bolt from the blue. “I was very surprised to be honest, I thought there would be people better than me,” he laughs. “But it’s definitely nice to know that we are doing a good job.”

Opportunities arise in the face of change