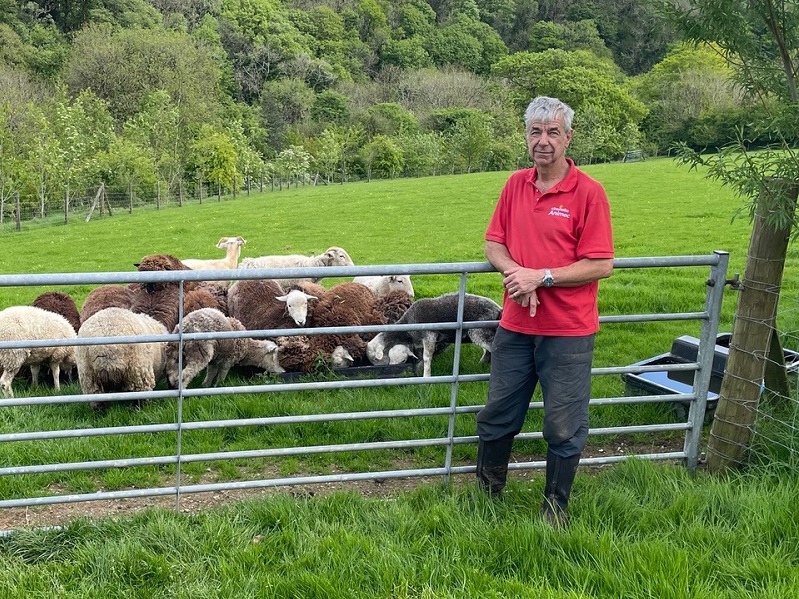 Sheep and beef producers can now record their livestock data in one place, helping to improve farm management, compliance and efficiencies.

Breedr, the precision livestock network, has launched a new sheep element to its free app, meaning producers can record lambing details, weights and medicine usage directly into their phone or tablet.

They can also produce performance reports and trade livestock directly with other farmers, based on lifetime animal data, for fully transparent supply chains.

Pembrokeshire  farmer Steve Prentice helped to develop the sheep app and is impressed by how it helps to improve breeding and management decisions.

“There are a lot of software programs for managing cattle but there are differences in how sheep farmers think and work – the value of cows is significantly more and they don’t have triplets all the time,” he says.

“There are also differences in requirements for pedigree flocks where everything is recorded and the more commercial flocks where individual genetics are less important but overall lambing performance and weight gain are key. Breedr can look at both.”

Steve uploads new lamb data to the app, including dam, sire, date of birth and weight, as well as vaccinations and treatments for coccidiosis, fluke and worms.

“Breedr replaces the Defra medicine book by recording medicines, batch numbers and treatment, for every animal. It also allows us to record the general performance of ewes.”

Once a month he runs all sheep through a race and crush where he scans ear tags and automatically records the animal’s weight. “It is fast and easy, linking the weight to the animal identity without having to do any typing or manually read ear tags.”

Looking ahead, Steve is keen to optimise his flock performance. “With limited land we need to decide which sheep to keep and which to sell based on performance and bloodlines – with the app those decisions are based on data.”

As well as the free sheep app, Breedr has launched a Pro version enabling mixed farmers to record their beef and sheep data in one place.

On top of giving them seamless access to their sheep and beef information and trading platforms, Pro offers advanced reporting of Key Performance Indicators, benchmarking against industry targets and other Breedr farmers, and detailed farm maps to show where different animals are located or grazing.

Peter Broad, who farms near Launceston, Cornwall has been using the app to gain a deeper insight into data from both his cattle and sheep enterprises. “I wanted to use as much data as possible – it’s vital to the business.”

Peter runs a flock of 400 commercial Mules and buys in store cattle or calves to finish indoors in February and March. He used the Countryside Productivity Scheme to buy some weigh heads and scales and now tracks daily liveweight gains in the Breedr app.

“The biggest thing is that I’ll be able to predict how many lambs to sell each week and book them in so we’re not keeping them any longer than we need to.”

The app is also useful for capturing the breeding information for each sheep, he adds. “By linking the lambs back to their mothers and capturing all the lambing history we have a clean, easy to access set of records when it comes to replacing some of the older or underperforming ewes.”