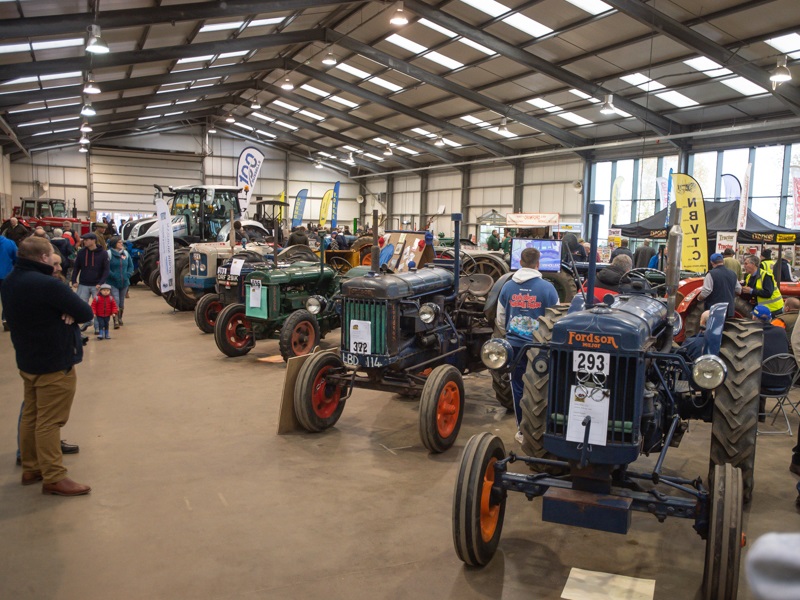 Vintage tractor and commercial vehicle enthusiasts are gearing up for the show season, culminating in the Newark Vintage Tractor and Heritage Show on 5-6 November.

While many owners exhibit vehicles at their local events, the Newark event is the climax of the season, attracting more than 1,000 vintage tractors, implements and commercial vehicles from all over the country.

Highlights for this year’s event include three new classes for commercial vehicles: British commercials, non-UK commercials, and pre-1950 commercials. There will also be more machinery and engines on display, with a celebration of Nicholson’s of Newark machinery and Ruston stationary engines from Lincoln.

2022 sees some important milestones in the tractor arena, including 70 years of the Fordson New Major E1A (produced 1952 – 1958). Launched at the Smithfield Show in December 1951, the E1A replaced the old E27N model and featured a choice of three new four-cylinder overhead valve engines in petrol, diesel or vaporising oil.

David Brown is celebrating 75 years of one of its most famous models, the Cropmaster or VAK1C. Produced between 1947 and 1953, the firm made several variants including the Vineyard, or narrow, version – and in 1949 it became the first major tractor manufacturer in Britain to launch its own make diesel engine.

Another model to reach three-quarters of a century is the Series II Field Marshall, manufactured at Gainsborough, Lincolnshire. The single-cylinder two-stroke diesel engine was coupled to a very large flywheel, and was started by inserting a smouldering taper containing saltpetre into the cylinder head to act as a glow plug before turning the engine over with a handle. Field Marshalls were commonly used to pull threshing machines from site to site and then power them in-field.

In the Massey Ferguson stable, it’s time to wish a happy 50th to the MF1200. This four-wheel drive articulated tractor mirrored the huge 1500 and 1800 models produced for the US, including its hard-nosed bonnet and integral cab. The central pivot allowed for very tight turns on headlands while the Perkins 5.8-litre diesel engine produced 105hp, meaning this tractor was a true workhorse of its time.

Entries for the competition classes open at the end of June, and visitors can look forward to a spectacular display, alongside a wide range of trade stands selling vintage parts and equipment. Saturday of the show will see a live auction of vintage equipment, with Sunday featuring an autojumble and annual Service of Remembrance.

Drones: A new age of farming